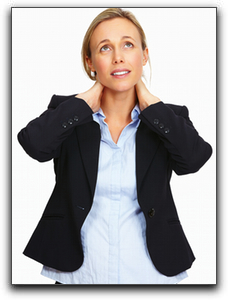 Welcome Quincy chiropractic blog visitors! I am Doctor Jay Provenzano. My chiropractic practice is called Community Chiropractic and Wellness and is located at 25 School St, ste B2 in Quincy. Many Massachusetts folks suffering from fibromyalgia are unaware that chiropractic can be an effective treatment. In today’s article, I want to share a case study on a fibromyalgia patient’s experience with chiropractic treatment. The article is by Dr. Kenneth Muhich, DC, who practices in Scottsdale, Arizona. http://www.dynamicchiropractic.com/mpacms/dc/article.php?t=14&id=55090

‘Mrs. DW entered my clinic on October 2007 for evaluation and treatment of multiple conditions including fibromyalgia and CFS, although these conditions had not been officially diagnosed. Mrs. DW, age 52, was working as a nurse at a local hospital. In her 20s, she became ill with endometriosis and urinary infections which led to ovarian cysts, weight gain, depression, oopherectomy (removal of one or more ovaries), and appendectomy.’

‘After surgery, she seemed to improve, enjoying her work as a nurse. Soon, however, she began to have trouble remembering things, along with irritability and sleep deprivation. Her joints started hurting and she started experiencing constant pain. This pain got progressively worse over several years. Prescription pain medications did not help. Her doctors were frustrated, along with her husband, for lack of proper diagnosis.’

‘She began seeing a chiropractor six years before coming to my clinic. He began to educate her on an anti-inflammatory diet, which seemed to help. I met her at a fibromyalgia seminar where I was presenting a chiropractic protocol I had been using with success to treat patients with chronic pain and fibromyalgia. Mrs. DW decided to come into my practice for an evaluation.’

‘I performed a chiropractic, orthopedic, and neurological evaluation. In addition to the fibromyalgia symptoms, she had low back pain, neck pain, headaches, intermittent numbness, dizziness, muscle spasms, and balance problems’

Positive results of the tests validated a lumbosacral condition, along with a cervicobrachial condition separate from the fibromyalgia-CFS diagnosis.’

Treatment Protocol
‘The treatment was comprised of two separate programs. The first part involved ridding the patient of the secondary conditions in the neck and lower back. Since these were chronic conditions, I explained that an aggressive period of treatment including chiropractic adjustments, physiotherapy, acupuncture and rehabilitation was called for to elicit functional improvement in the spine as soon as possible. This would help separate the fibromyalgia and CFS.’ ‘We also introduced a 2-part protocol for fibromyalgia and CFS. This included an anti-inflammatory diet and guaifenesin therapy developed by Dr. R. Paul St. Amand at the Fibromyalgia Research Center.’

‘Within two months, the patient had lost 13 pounds and two dress sizes. Weather changes, which had negatively affected her previously, no longer caused problems. Her mood swings hardly swung, she smiled a lot and her humor resurfaced. After four months, her fibromyalgia and CFS symptoms abated completely.’

The article can be found at http://www.dynamicchiropractic.com/mpacms/dc/article.php?t=14&id=55090

If you are unfamiliar with chiropractic medicine in Quincy, I hope this example has given you an idea of what Quincy chiropractic treatment can do when used in conjunction with other therapies. If you are suffering from fibromyalgia or CFS in Quincy, call today for an evaluation.

Community Chiropractic and Wellness has been recognized as one of the top Quincy Chiropractic practices.
Verified by Opencare.com